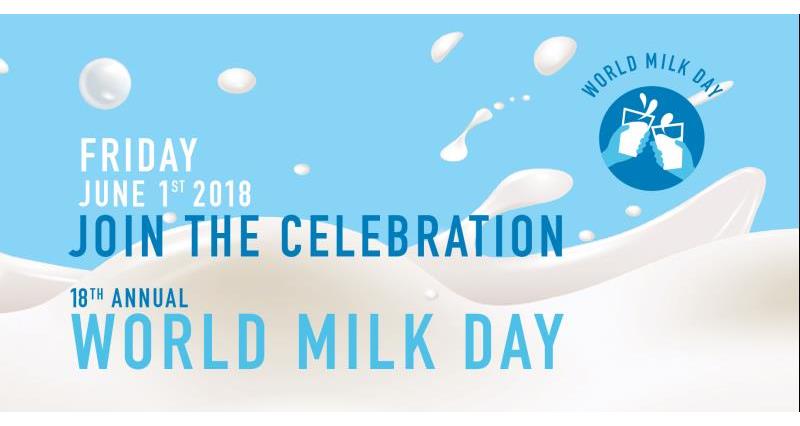 A host of Britain’s best athletes were brought together by Media House in a social media sharing campaign to promote The Dairy Council’s “Make Milk Your Goal” campaign as part of World Milk Day on June 1.

The initiative, which celebrates the nutritional merits of milk and its important role in athletes’ diets, saw Olympians and sports stars talking on Twitter about the role that it plays in their own training plans.

World Milk Day, which is now in its 18th year, was founded by the United Nations’ Food and Agriculture Organisation, and more than 80 countries participate worldwide.

Friday, June 1, saw the hashtag #WorldMilkDay trending on Twitter as farmers and fans alike posted their own tributes to a glass of the good stuff.

Media House International brought together five top British athletes from all ranges of sport to share on social media the importance of milk in their training.

Marler made headlines last year when he attributed the rapid recovery of his broken leg to drinking two pints of whole milk every day.

His quick recovery enabled his inclusion in the England rugby team for the 2017 Six Nations Championshi, and subsequently the British and Irish Lions tour of New Zealand.

Nile Wilson, who returned to the UK from the recent Commonwealth Games with an astonishing three gold and two silver medals, said: “Milk is very important for my muscle recovery and bone health, as it is filled with calcium and protein, which is why I’m having a glass of milk to celebrate this day.”

Sharing her own World Milk Day message, Sam said: “Milk is packed full of nutrients, which help support the body’s needs, in particular protein, which is great for post exercise recovery. So join me and have a glass to make milk your goal this World Milk Day.”

Milk is an integral part of the British diet and is one of the most popular staples in the UK, as 96 per cent of adults drink it.

In fact, we are so familiar with it that we might not realise just what a great drink milk can be for sport.

It is an excellent source of nutrients, including protein and calcium, which help maintain muscle mass and bone health.

Milk is also a great source of fluid and contains electrolytes such as potassium and sodium, which are lost in sweat during exercise. Studies show that milk is just as good as some traditional sports drinks for rehydrating after exercise.

So whether you are training for an important match or just a casual game in the park with friends, it’s time to #MakeMilkYourGoal.

Media House International has secured a wealth of positive press for The Dairy Council and Dairy UK and has used innovative initiatives to secure both national and broadcast media interest.

We are also adept at managing social media campaigns for clients as well as providing training where required.