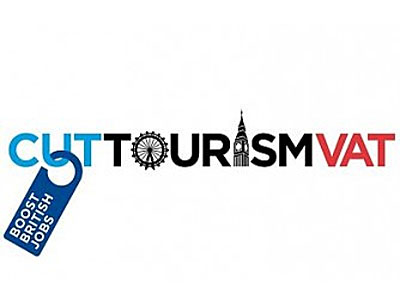 Cut VAT for tourism or watch the industry die

SCOTLAND’S First Minister Nicola Sturgeon’s call for a VAT cut from 20% to 5% for the leisure industry is music to the ears of the Cut Tourism VAT campaign and the wider holiday sector.

During the seven years I was involved with the campaign, the staunchest supporters have been the SNP and the DUP in Northern Ireland.

Indeed ,after several trips to Belfast and meetings at the 2018 Tory Party conference in Birmingham, I met DUP leader Arlene Foster on two occasions, and she had been assured by the Tories that then Prime Minister Theresa May had agreed to a VAT cut for Northern Ireland alone to act as an inexpensive testbed to determine whether the cut would, as we argued, boost employment and, eventually, a higher tax take for Government.

A few weeks later, Chancellor Philip Hammond stabbed the DUP, and Mrs May, in the back and failed to deliver the cut in his October 29 Budget.

Putting aside Spreadsheet Phil’s petulance and lack of imagination, the DUP and the dynamic Northern Ireland leisure industry, had an incredibly strong case for the cut thanks to their neighbours across the border.

At that time, the Republic of Ireland had a 9% VAT rate for tourism and it didn’t take a genius to work out that the North were labouring under a decidedly unfair burden.

That was not the only good reason for a NI cut. The reason the campaign had been kickstarted back in 2003 was because of the brilliant analytical mind of John Cook, now sadly deceased, whose financial genius had helped build Bourne Leisure, owner of Haven Holidays, Butlin’s and Warner Leisure Hotels into a billion-pound leisure company giant.

Cutting Tourism VAT would have a two-fold positive effect

John, and those who followed him, commissioned huge amounts of research to show that a UK-wide cut to 5% for attractions and accommodation would have a two- fold positive effect:

Our research at the time showed that 33 out of 36 European countries had recognised the unique impact of VAT on their tourism and hospitality industries, and in an increasingly competitive and price-sensitive marketplace had introduced a bespoke rate to enable them to compete on a level playing field .

The UK is one of only three European countries not to have done so.

It had always occurred to me that if NI got their way, my fellow Scots would not be slow to demand the same deal.

It was always gratifying to  see the number of SNP MPs in Westminster who would sign up to our list of supporters ,and I always found Angus MacNeil, Alison Thewliss and Philippa Whitford enthusiastic advocates when I met them on the weekly BA shuttles  back and forward to London.

The Scottish industry also had a powerful and articulate champion in Willie Macleod (left), the Scottish Representative of UK Hospitality. 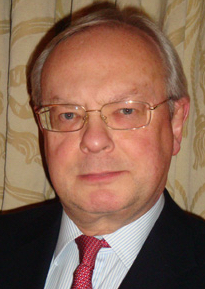 Willie never tires of pointing out to the Scottish Government that tourism plays a vital role in the Scottish economy and generates £12billion of economic activity for the wider Scottish supply chain and contributes £7billion to GDP, representing 5% of total Scottish GDP .

Additionally, the tourism industry in Scotland supports more that 217,000 jobs and accounts for 8.5% of employment.

So, if the argument for a nationwide cut was compelling before BEFORE the Covid-19 pandemic, why didn’t it happen?  After all, UK visitor numbers were declining as European destinations were often viewed as providing value for money.

Well, that is an age-old story. Dealing with HM Treasury is like taking a step into the early parts of the 20th Century. One is surrounded by Oxbridge First-Class Honours graduates who could not run a sweetie shop.

You don’t give a dying patient an aspirin and hope for the best. This is the time for bold actions

On top of that, their lips curl at having to contemplate what it is like to run a hotel or a caravan site or a theme park. How dreadfully common. Then there is the simple reason that they don’t like to change the established order.

Their arguments, in the face of compelling contrary research, went as follows:

Benny Higgins, chair of the Scottish Government’s Advisory Group on Economic Recovery, compiled a report on economic recovery that was criticised by some commentators.

But he and his panel have done Scotland a great service in making us think what needs to be done to see us through the post-Covid-19 scenario.

Benny’s team has called for an overall VAT cut to 15% and at the same time he highlights the importance of tourism to the economy – 15% may help shoppers but it isn’t enough to help the tourism industry which is dying in front of our eyes.

You don’t give a dying patient an aspirin and hope for the best. This is the time for bold actions.

The campaign I have devoted seven years of my life to has demonstrated time and time again that for tourism to have a level playing field, it needs a 5% VAT rate.

I will be amazed if Chancellor Rishi Sunak goes all the way for a nationwide tourism cut but Scotland has sound logic to demand a cut to 5% because without a tourism industry in Scotland we will be but a shadow of our former selves.