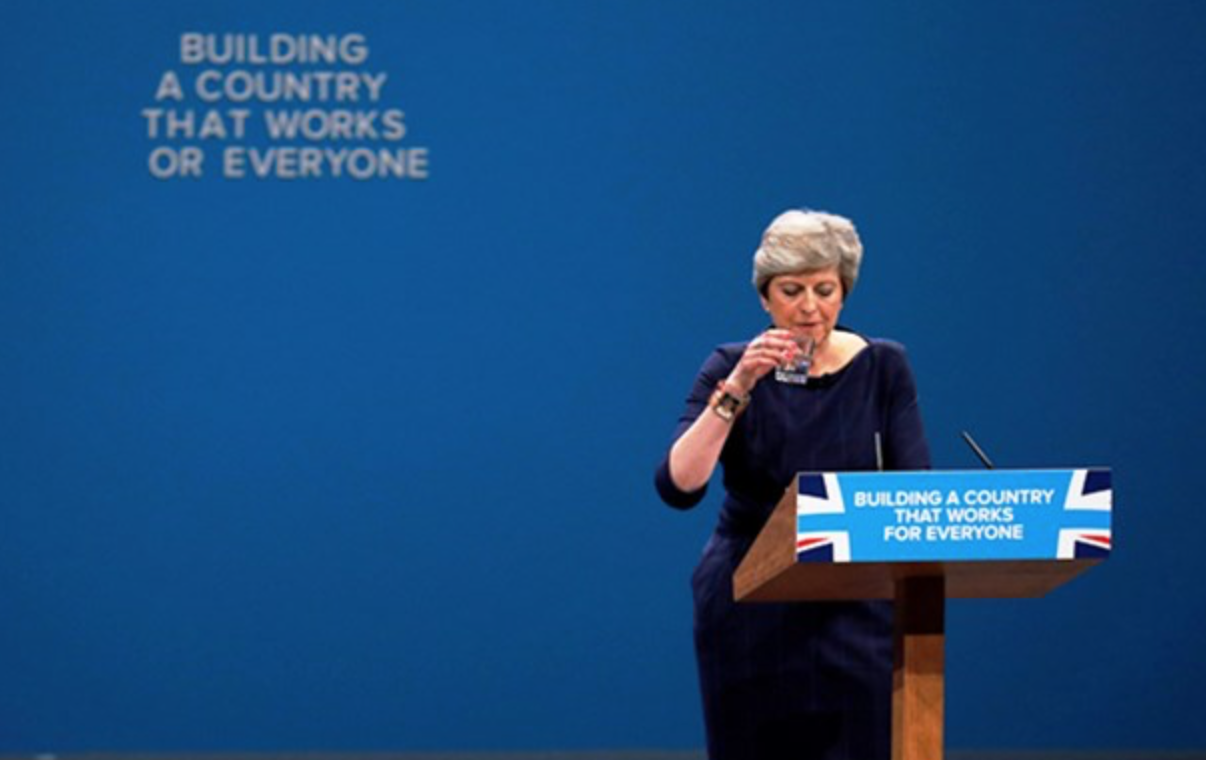 What to do when everything that can go wrong … does! 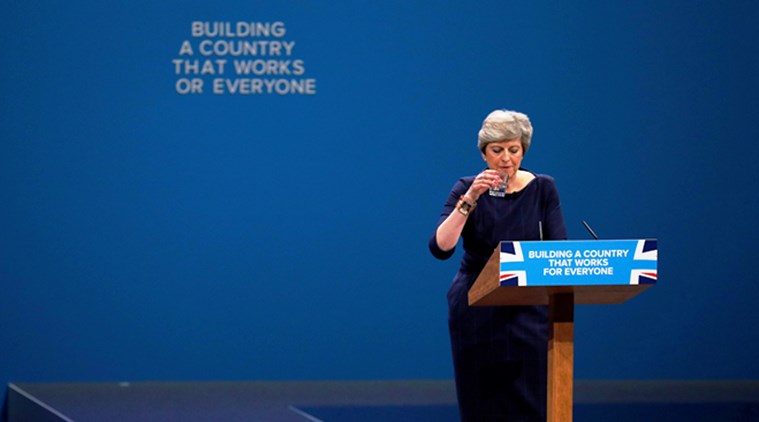 Having recently come back from the Conservative Party Conference, I’m one of the many that will never be able to forget the experience of watching the car crash that was Wednesday’s speech by our Prime Minister.

It couldn’t have gone better for those seeking to undermine Theresa May, if they had planned it.

First, a comedian managed to breach security and hand her a fake P45 as she addressed the party faithful in Manchester.

Then she succumbed to a hacking cough that continued throughout the speech.

The final blow came when several letters fell off a slogan behind her.

While talking about building dreams, Mrs May was living through the sort of nightmare we have all had at some point – but with thousands of viewers and world leaders watching live.

As the events unfolded, part of me felt like running out of the room, as the show made for unbearably uncomfortable watching.

The other half wanted to hug the Prime Minister, who was struggling more and more, as series of small catastrophes were developing around her.

This was a communications management disaster.

I sympathised with how she was feeling. I had arrived at conference following the wedding of one of my best friends, where I was asked to sing in church.

The weeks preceding this, I spent every day practising and feeling the nerves growing as the day was coming closer.

What if I got a note wrong and ruined my friend’s wedding?

What if I blanked and forgot the words?

Neither of these happened on the day, thank God. I had prepared, I took a singing class a few days before to warm up the voice and experimented, starting some of the verses later than the music, just to get used to the eventuality of this happening.

I was naturally nervous when I stood in front of the 150 guests but knowing I had prepared gave me the comfort I needed to sing from the heart and forget about the nerves.

Some may say nothing can prepare you for the unforeseeable. What happened to Theresa May was out of her control.

Yet, looking back at the events, if only she had been supported by a skilful and organised team, most of these events could have been easily prevented and a quick fix could have been offered when needed.

While everyone was feeling pity for Mrs May, she was a woman badly in need of a support team.

Why was the prankster allowed to get so close? Why was the document he presented so perfectly positioned to be legible and why did she accept it? Why was he allowed a photo-op with Boris Johnson (addressing conference below), who some say is out to replace Mrs May? 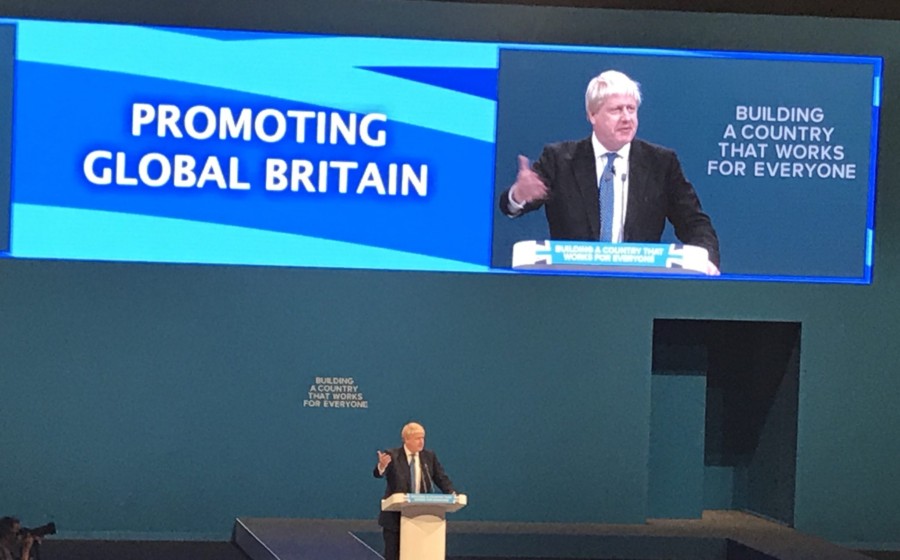 The Prime Minister should never have found herself in that position. Possibly the experience unnerved her and exasperated her throat problem. But even then, why was there not a medical team in place with something stronger than a Strepsil?

Questions need to be asked about why the all-important Murphy’s law, where “anything that can go wrong will go wrong”, was not factored into preparations for the most important speech of her career and one where she set out so many important policies, which addressed issues such as affordable housing for young adults, student debt and organ donation.

What Wednesday’s events showed above all, is that the Prime Minister is very poorly supported.

It is partly her fault, of course. Women tend to do everything themselves, rather than leave them to others.

She should not have engaged with the prankster or accepted the fake P45, just as she should not have scrambled to pick up her own papers, when she dropped them during a press conference with French Prime Minister Emmanuel Macron, back in June.

Margaret Thatcher was the same. She used to get down on her knees to straighten the fringes of her office rug at meetings.

Women in politics are very rare and it is very important that they are supported by a communications team which is sensitive to this and does not undermine their feminine side.

Looking forward, my advice to Mrs May, as a PR consultant, is to turn a negative into a positive.

No one accused Donald Trump’s sniffing of being unpresidential. Bill Clinton too, had a car crash speech at the 1988 Democratic Convention, where people were falling asleep and the line that got the biggest (and only) applause was “in conclusion”.

Yet, Clinton managed to turn his reputation around by appearing on the Tonight Show. Four years later, the very same people made him their nominee for President.

Theresa May was accused of being the Iron Mayden, the Ice Queen, the Maybot, because of the lack of emotion and passion she showed. People had difficulty relating to her.

Ironically, this disastrous speech could be exactly the stunt she needed for people to start warming to her. People admired her determination to finish the speech, despite all odds.

How many men with man flu would have even shown face, after all? How many would have sacrificed their egos and gone ahead till the very end?

And now, vicious back-stabbing attacks by the likes of former Tory Party chairman Grant Shapps are even increasing a feeling of protectiveness towards the Prime Minister.

If she wants to survive, this is the time for Theresa May to ride the wave of disaster and use it as a means to show that she is human, after all – with all the defects that entails.

But she is determined and she is unstoppable.