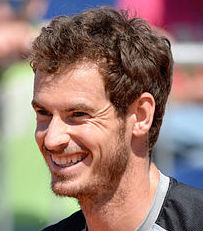 With 50 Scots in the 366-strong GB Olympics team at Rio 2016, the largest ever contingent in a Great Britain team for an overseas Olympics, it has been hugely encouraging to see Scottish Olympians win the best ever medal haul from an overseas Games.

The hard work and determination required by the athletes is evident but the motivational and aspirational attributes of sporting ambassadors is paramount for ambitious youngsters, as well as being the best promotional tool a sport can exploit.

Former stars are the perfect ambassadors to promote their sport ,with the likes of Sir Steve Redgrave, Rebecca Adlington and Sir Chris Hoy flying the flag for their respective sports and opening up opportunities for youngsters to get involved and recognise their potential, with the Games being the pinnacle aspiration for all future athletes.

Middle distance runner Laura Muir draws inspiration from Dame Kelly Holmes – the double Olympic champion. She went into the 1500m final in good spirits given her recent good form having broken Holmes’ British record only last month but unfortunately as she went for “gold or bust” this was not to be her year.

Cycling has certainly been enjoying somewhat of a renaissance

It goes without saying that this year’s cycling commentator and Olympic great Sir Chris Hoy has encouraged many into the sport, including Callum Skinner who was first inspired to take up cycling after watching Hoy win a gold medal in Athens in 2004. Skinner had the immense pressure of having to fill the Olympic saddle previously occupied by his cycling idol and he certainly rose to the challenge winning a gold and silver at Rio.

Cycling has certainly been enjoying somewhat of a renaissance and having just this week bought my daughter her first “big girl” bike at the age of four and hearing her chant “go Andy” as she plays with a plastic tennis racket in the garden, I do wonder what the sporting world holds for her, given the influences of such sporting stars as she grows up.

Here at Media House, we also know how an ambassador can help to promote a cause and have been honoured to work with several Olympic medallists over the years, including this year’s “golden girl” – four times cycling gold medallist Laura Trott OBE, who endorsed the “make mine Milk” campaign which was supported by our clients Dairy UK and the Dairy Council.

Olympic gymnast Beth Tweddle MBE has also helped promoted the nutritional benefits of yogurt in the Dairy Council’s “Yogurt – Not So Plain” campaign.

Who will we work with next? Andy Murray would be nice!