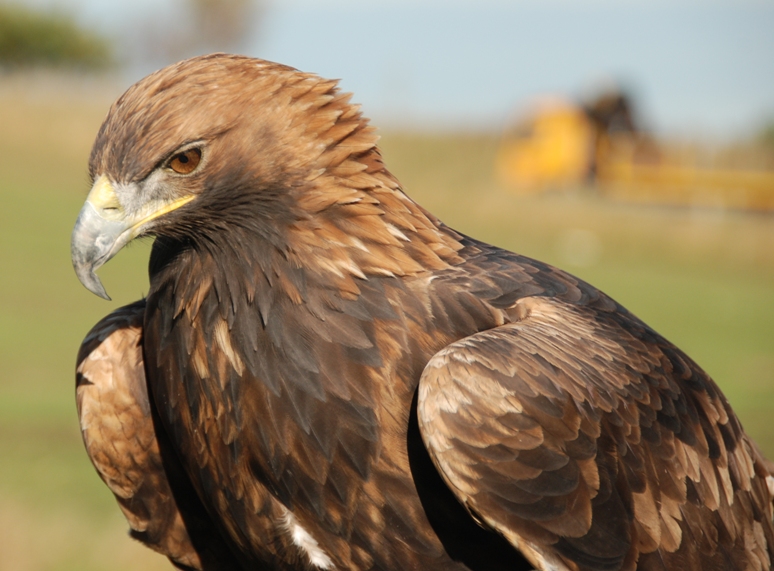 A country estate accused by the RSPB of being at the centre of the “disappearance” of several golden eagles has produced new video footage that casts further doubt on the bird charity’s allegations.

Footage and photographs of eagles on North Glenbuchat Estate, Strathdon, Aberdeenshire, was taken on estate moorland on two separate occasions on Saturday.

The video footage can be viewed below:

The new film footage, recorded at 3.45pm yesterday afternoon (April 1, 2017) and which is timed and dated on the camera used, has been submitted to Police Scotland.

Video footage of a golden eagle was also shot on Thursday afternoon (below) on the estate and has also been sent to police with relevant times and dates.

The RSPB claimed in a media release on Friday that a satellite-tagged golden eagle, named 338, had disappeared on Glenbuchat land in early March and satellite tags on eagles had previously failed on estate land.

Laura Sorrentino, director of North Glenbuchat Estate, said: “The RSPB allegations against the estate have been reckless and defamatory and the matter is now in the hands of our lawyers.

“The RSPB seems to accuse first and think later without caring about the damage it does.

“Our head keeper filmed what he believed was the ‘missing’ eagle on Thursday and further footage was filmed on Saturday afternoon and photographs were taken on Saturday evening.

Eagles not only exist on our estate but are welcome

“Because of the light and distance between the bird and the keeper, we cannot be as certain that the Saturday afternoon footage is the same eagle but the head keeper is more confident that the later photographs could be the 338-tagged bird.

“We have submitted both to police and what this does show is that eagles not only exist on our estate but are welcome.

“We may well have been able to assist the RSPB further with its investigation into why the satellite tag on 338 stopped working but its representatives were hooded and kept their faces covered when they visited the estate with police on Wednesday.

“We found this extraordinary as there has been no allegation of wrongdoing or criminality by the police. The estate has been actively looking for the eagle since it was made aware that the satellite tag had ceased transmitting.

“We are a small estate surrounded by other sporting estates. We firmly believe the issue of satellite tags needs very close examination, as there is evidence of them developing faults.

“Only last month, a hen harrier, Highlander, which the RSPB suggested had been killed illegally in England, was spotted alive and well.” 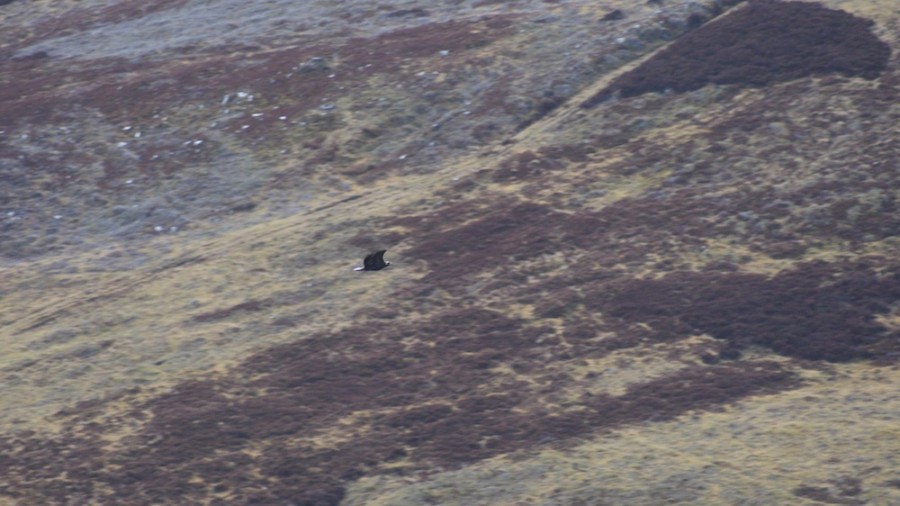