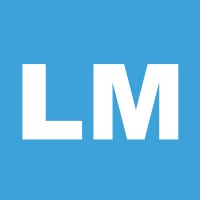 Is there another option to fund mediation?

Scotland’s only independent provider of third-party commercial funding, Restitution Ltd, has carved out a niche in the marketplace and over the past 10 years has worked with law firms and their clients on claims with damages ranging from tens of thousands right up to multimillion-pound claims.

Media House client Frances Sim, general counsel at Restitution, wrote an opinion piece, which was published in Lawyer Monthly, about options for funding mediation. Read the full article below.

Although external third-party funding (“TPF”) is becoming progressively more common across litigation and arbitration, there is virtually no commentary available on this form of funding for mediation and alternative forms of dispute resolution. This is perhaps not entirely surprising, as most mediations occur prior to or alongside litigation and are conducted privately. Increasingly, mediation is used in circumstances where litigation is not even in prospect or where no solicitors are instructed and so, alongside that, there will need to be greater consideration of the costs involved.

In almost all cases, mediation will be significantly less expensive than litigation (most mediations take only a day or two). However, to make optimal use of the process, mediation can still require significant preparation. Whilst this is likely to take a different form from litigation, parties may benefit from the involvement of legal representatives or other advisers, especially if there are legal issues in discussion or other complexities where an adviser can be helpful.

When conducting mediation, parties constantly weigh up the likely outcomes, which inevitably includes the financial cost of continuing the dispute, including taking more adversarial routes such as litigation or arbitration. There are numerous options available to parties when looking at the costs of resolving a dispute, including legal aid, seeking pro bono assistance and entering into conditional fee arrangements or damages-based agreements, which can all help make pursuing a dispute more financially viable.

TPF is equally well suited to mediation. In fact, the prospect of a dispute being settled via mediation is hugely appealing to the funders as, generally speaking, risk escalates over time. While this form of support was traditionally suited to larger and more complex claims, its model has changed in recent years. It is now geared for a wider range of claims, and it is more accessible to all.

It is usual for a third-party funder to carry out its own sophisticated due diligence and only agreeing to provide funding if it is of the opinion that it has been presented with a meritorious case with reasonable prospects of settlement and has good prospects of recovery. That can be helpful for the funded party, as it provides additional comfort that another fresh set of eyes has scrutinised the case. It can also change the dynamics and send a strong message on the merits to the opposing party which may result in faster settlement. As in all legal processes, TPF can bring great value to mediation by assisting financially – and, perhaps, psychologically.

Reputable funders will approach funding mediation in the same way as litigation. They will not seek to control the case or settlement discussions and should leave ultimate control with the parties (and their legal team if there is one involved). A funder should of course have a voice, but not necessarily veto rights and ultimately will have the option whether to continue or extend its funding.

A funder will likely approach settlement discussions much less emotionally, but their interests should be perfectly aligned with the funded party. They can act as a useful check and balance for the funded party. With a funder involved, the mediator may need to encourage each party to take that fact into account in their exchange of views and their approach to financial settlement.

Assuming settlement is reached, the funded party will have to ‘share’ its winnings with the third-party funder on a pre-agreed basis, but should it fail, typically the funding provided is not repayable.

Although there are contrasting views, TPF can also provide a means of giving access to justice. The funders invest in existing or prospective cases – often those which might otherwise not be able to be pursued – to enable their clients to progress their dispute.

Mediation is well-recognised in the UK as an accepted form of dispute resolution. Although parties contemplating court litigation are not obliged first to mediate, in England and Wales they are under an obligation to consider whether their dispute could be settled by alternative means. This includes many courts having powers to encourage parties to mediate and placing increasing emphasis on mediation as a method of resolving disputes. An unreasonable failure to consider or attempt mediation in England and Wales may result in court-imposed costs sanctions. Scotland is also looking at strategies to introduce a mandatory requirement on parties to attend a session about mediation, funding options and primary legislation by way of a Mediation Act.

The analogy between TPF and mediation seems useful; neither will be available or relevant for all cases, but can be viewed as different tools in the toolbox to provide more options for a party with a dispute, opening up many potential additional benefits other than pure finance.

John Sturrock QC is widely described as a thought leader and is internationally recognised as one of the leading commercial mediators in the UK. When it comes to TPF, he says: “Anything which encourages more clients to use mediation to achieve speedy and cost-effective resolution of disputes is to be welcomed. third-party funding is one such imaginative option.”