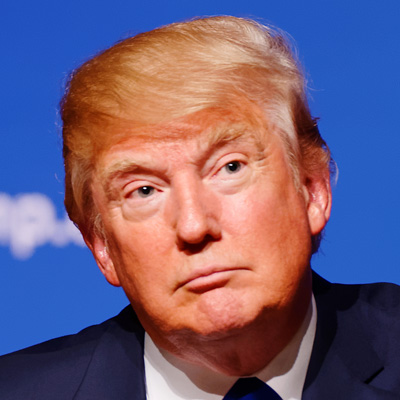 Donald Trump – the rise of the political outsider

When asked in September 2015 if Donald Trump had a chance of securing the Republican presidential nomination, Nate Silver, the acclaimed polling guru from ESPN’s FiveThirtyEight blog and Special Correspondent for ABC News, stated that Trump’s chances of winning were “maybe about five per cent, somewhere around there”.

Unless you live under a rock, you will have noticed how Mr Silver and almost everyone else aside from the man himself got it spectacularly wrong. Trump’s success has shocked the mainstream political and media establishment as well as commentators from across the globe.

The billionaire real-estate mogul, previously most famous as a TV star with his successful long-running reality series The Apprentice, has made headlines around the world for his calls to close America’s doors to refugees from the Middle East, to build a wall on the border with Mexico to defend against supposed drug traffickers and rapists, combined with crude misogyny and a seemingly endless stream of controversial comments.

People more informed than I have analysed his meteoric rise from controversy-seeking outsider to the Republican presidential candidate and have come up with a myriad explanations for it. Often quoted is how Trump has exploited the hopes and fears of America’s white working class. Commentators would argue that he has tapped into blue collar anxiety on core issues such as jobs, immigration, social security and the role America plays in global geopolitics.

He quickly found that the more outrageous he was, the more people liked him

While I to some degree concur with this analysis, I don’t think you can pin Trump’s success down to any kind of solidarity with the working class of any colour. I think the key to Donald Trump’s rise – as with any great demagogue – is that he tests propositions to see what the applause lines are; and he quickly found that the more outrageous he was, the more people liked him because of this business of defiance of the political elite.

Positioning himself as an outsider with no political experience was a masterstroke at a time when popular sentiment against politicians, who are seen as self-serving and painfully disconnected from the average citizen, has seldom been higher. As his campaign continues to surprise voters, political commentators and even his own supporters, it would be a brave individual to put their neck on the line and predict a Trump victory in November.

Your head says he can’t win, you heart hopes he doesn’t win, the polls say he won’t win but since when did the Donald play by the rules?